Coralie Delaume — What if Germany was the true winner of the Brexit? 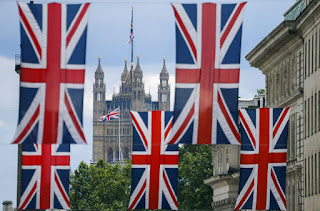 FIGAROVOX/INTERVIEW: For essayist Coralie Delaume, the Brexit is yet another revolt against a blind Europe. But the UK, in breaking the myth of an irreversible EU, may remain alone in its courage.

Coralie Delaume is a journalist and essayist. She is author of Europe. Les Etats désunis (Michalon, 2014). Her cronicles are available on her blog here

In the UK, the Brexit has just had a victory. How would you analyse this result? Is it a surprise?

It is clearly a surprise because opinion polls, bookmakers and the City all seemed to predict a "Remain" victory.

Nevertheless, the City is, by nature, short sighted; its aim is not to produce analysis, but maximum capital gain for investors. As for opinion polls, in such subjects they should now be regarded as systematically erroneous. For example, no more than one year ago, Greek opinion poles predicted a clear "yes" victory in Alexis Tsipras' referendum, but the "no" broke through with 61%, despite a terror campaign led by the Greek and European press...

One thing that lessens the surprise is that is that we are actually starting to get used to this. Whichever the country and whatever the question, every recent referendum about Europe has resulted in rejection. The aforementioned Greek referendum in July 2015 aside, there was the Danish referendum in December 2015, in which 53% voted against further integration into the EU... as well as the Dutch people's referendum last April with regard to free exchange between the EU and Ukraine. Only 32% of the population voted, but of those votes, the "no" had a clear win with 61%.

The particularity of the British referendum is that has taken place in one of the strongest EU countries. Also, the question demanded a straight answer. It is the first time a population has had such a blatant opportunity to choose between remaining in the EU or leaving. But this time, those shouting; "this hasn't been well enough explained" could neither claim that voters had not understood the question, nor that the response was off the board because the question too technical, nor that the votes were a mere opportunity to sanction leadership. The British gave a clear reply to a simple question.

In such a dense and explosive Europe, it seems almost surreal. So yes, obviously, also a little surprising.

Is this a "no" to the Schengen agreement, or a "no" to austerity?

It is a multiple "no", as was the "no" of the French referendum on the European constitution in 2005. We now know that, with regard to the question of the EU, divisions do not follow national political divide. In France in 2005, the "no" came from both the right and the left.

There is a simple explanation to this. The EU offers a framework. This framework, along with the meta-laws that result from such a supranational organisation, can be accepted or refused in spite of profound disagreement on how to proceed should the framework be abolished. To want sovereignty is to want full control over the decisions that concern us, but that does not specify how to decide— that is then done under national democratic debate.

What the British do next is their business. For the moment they have done nothing more that step outside the framework, and not all voters have done so for the same reasons. Some, for example, want to reinstate a completely sovereign state, as does Ambrose Evans-Pritchard, who says, in a well-written editorial: " With sadness and tortured by doubts, I will cast my vote as an ordinary citizen for withdrawal from the European Union.

Let there be no illusion about the trauma of Brexit. Anybody who claims that Britain can lightly disengage after 43 years enmeshed in EU affairs is a charlatan or a dreamer (...) Stripped of distractions, it comes down to an elemental choice: whether to restore the full self-government of this nation, or to continue living under a higher supranational regime (...) the Brexit vote is about the supremacy of parliament and nothing else."

Among those who chose to "Leave", some may well have done so for reasons of immigration. It is a question that dominated the campaign even though the UK is not only not part of the Schengen agreement, but has also managed to delegate the surveillance of its borders to France, by way of the Le Touquet Treaty in February 2003.

Others where undoubtedly motivated by a climate of economic insecurity. Along with Boris Johnson, those that lead the "Leave" campaign are plainly liberal conservatives, but we cannot ignore that there were also "Leave" voters among the working class Left. The website Grey Britain, that specialises in British political affairs explains, for example, that one in three Labour voters opted for the Brexit. It then points out that "The industrial districts of Wales have gone against prediction by trusting an exit (...) In Sunderland, centre of the Labour heartland, the Brexit had a 71% landslide. It is proof of how many communities, particularly within the old industrial strongholds, feel marginalised (...). Already, in September 2015, by choosing a leader such as Corbyn, Labour voters sent out a message to other more typical Labour leaders. By saying yes to the Brexit, one in three Labour voters thus renewed that message."

Is this result linked to fact that the UK has a history of not being pro-European?

The country, certainly, has always held a special position within the EU, and as early as 1984 it began opposing its laws. At the Fontainebleau summit, Margaret Thatcher threatened to leave in order to gain "rebates" on the UK's financial contribuations, because she felt that the British quota was set too high with regard to the scantiness of the agricultural grants the nation received. Ever since, the UK has claimed EU specificity on every possible occasion. The nation refused to adopt the Euro, did not enter into the Schengen agreement, obtained an opt-out (waiver) protocol on the charter of fundemental rights and refused to sign the European fiscal compact (officially know as the TSCG, or the Treaty on Stability, Coordination and Governance in the Economic and Monetary Union) that introduced a golden rule within the domain of public finances...

In truth, the UK has managed, as much as possible, to preserve its sovereignty and has acted, above all, in its best interests — which is absolutely normal, and so do nations worldwide, as long as they meet no obstacle in doing so. In the heart of the EU, Germany also proceeds in the same way. The powerful (Federal) Constitutional Court of Karlsruhe watches jealously over the country's best interests. It is within this framework, in 2005, when publicly announcing its position on the ratification of the Lisbon treaty, that Germany notably demanded "the extending and strengthening of Bundestag and Bundesrat rights in the matter of the European Union" (Lisbon Treaty, June 2009).

The difference between the two countries is that British "sovereignty" has always presented itself as defiant of Europeen integration whereas German Sovereignty made a sort of Tender Offer on European institutions. Today, the interests of the EU and those of Germany are intrinsically linked, notably with the existance of the Euro. This currency, being under-valued for Germany economy, allows the country to be super-competitive and to reap huge extra commercial benefits. What's more, it allows almost zero-interest lending. The fragiliity of "peripheral" countries has transformed German debt into a safe-haven, and interest rates for repayments are historically low. This mid-June, the German 10-year interest rate for borrowing even went negative...

But again, why would an EU member-state renounce being listened to when it always gets what it wants? German proponderance owes a lot to the quiet submission of France. In a different way, the special treatement of Britain within the EU was always due to its implicit message that it would be ready to exit if it had to. It is something that Alexis Tsipras's Greece never did, which also explains the dramatic failing of the Syriza party. Within the EU, positions of power between nations have not been eradicated, on the contrary, and as a result, the nations that survive best are those that realise this and meddle through, without expecting any hypothetical "Europeen solidarity", which, even if it sounds good, is yet to happen.

On a wider scale, does the Brexit victory symbolise a people's revolt against Europe?

Against today's Europe, yes, most clearly. Europe today is above all that of the Single European Act of 1986, which freed up financial movement. It is that of the Euro, that created a ferocious hierarchy between lending and indebted countries, and put its member-states into perpetual pursuit of wage moderation. It is the Europe of rivalry between workers. Despite "free movement", named as such to sound good, the Commission nevertheless issued a formal notice to France and Germany, ordering them to stop applying a minimum wage on the employment of foreign lorry drivers, and thus the "European dream" began to seem a nightmare. And above all, today's Europe is the humiliating monopoly of EC laws above national laws that undermines democracy. Furthermore, it could soon become that of the TTIP, the TISA, and other international commercial treaties that are currently being negociated, and that promises little good.

It is against all these things that the people are revolting. They are searching and grappling for a solution, and are trying to expel the older political parties, such has been the scale of grotesque pantomimic alternation between the left and the right practically all over Europe. Thus, in Italy, the Five Star Movement (M5S) recently gained great success in local elections. In Spain, it may be that Unidos Podemos (alliance between Podemos and the United Left) becomes, as from this Sunday (original article published 24/06/16), the nation's first formal opposition party. All these experiences will not necessarily be fruitful — already, in Greece, the Syriza defeat bled the country — but these movements do show a clear thirst for radical change, and a citizen desire to regain a grip on one's own destiny.

What will happen now? What do the European texts state? What are the different stages of disengagement?

It is hard to say because the Brexit is the first exit Europe has experienced. We will probably know a bit more after the summit this 28/29 June. Whatever the situation, we do know that EU membership is not irreversable... at least not for a country that knew how to distance itself from the federal mirage of the Euro.

As for the UK, undoubtably, it has some difficult times ahead. A whirlwind-come-snowball effect is already in motion. And one mustn't forget that Northern Island and Scotland voted "Remain" at 56% and 62% respectively. As for France and the southern Europeen countries, they now find themselves in a Europe that is even more Germanic than it was just last week, which is not necessarily good news for them. 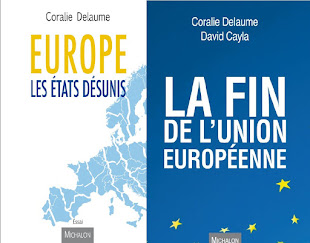